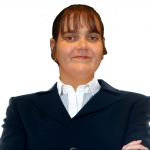 – The thing that's really
remarkable about the skin is that it's a single cell that makes up the entire skin. But in fact, that skin cell requires an orchestrated expression of hundreds if not thousands of different genes in order to fulfill those different roles. And so when one of those genes goes wrong, the whole skin changes. – I have a condition called disseminated superficial
actinic porokeratosis also commonly known as DSAP. The texture is very rough. It's a scaly feeling. If you've been in the sun, it can turn red. – Most disorders have a genetic basis. And in the case of skin disease, it's incredibly easy to
see those genetic events. They are the basis of the moles that we have on our arm, they're the basis of even
the acne or psoriasis that we might develop. – It's frustrating when you see the condition yourself getting worse and there's just absolutely nothing. – We were able to take
a piece of your tissue or a swab from the inside of your cheek or a little bit of blood, take
it back to the laboratory, analyze the entire genome and look for what mutations
underlie that disease in the laboratory.

– The opportunity to work with Yale, it was really what I saw as my best chance of being able to actually
figure this condition out. – By studying genetic disease,
we can discover pathways that are relevant to both
the cause of that disease but also potentially to
the cure of that disease. And so when we find a
mutation in a new gene, the first thing that we do is you say, "Well, what is the normal
function of this gene "within the skin? "What does it do?" We can then think about what this pathogenesis
of the disease might be.

– They found something similar
in our case to another case and they propose the treatment. – Some of the mutations that we see in these rare scaly skin disorders actually also very relevant
to garden variety eczema and so by identifying new
parts of that genetic puzzle, these rare diseases unlock insights that become relevant to
common diseases as well. – Typically you to a dermatologist and they tell you what they know and that's it. Working with Dr. Choate's team is you get access to not
just the clinical side, but also the research. That is something that
really gets to the root of the science behind all of this. The condition has become
much more manageable. I no longer think twice
about going outside and having to be completely covered up. It's made my life much better. – [Dr. Choate] We've really had the
opportunity here at Yale to define over a dozen
new genetic skin disorders to understand their genetic basis and in fact, in the
case of a couple of them come up with cures.

It's in studying these
fundamental pathways within the skin and within human disease that we ultimately develop things that are relevant to treating people..